Graduate School of Mathematical Sciences, the University of Tokyo 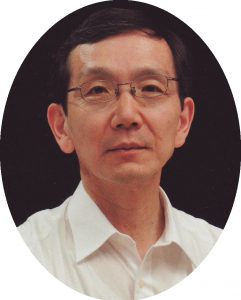 Mathematical model for the dynamics of endothelial cells in angiogenesis

Angiogenesis is the morphogenetic phenomenon in which new blood vessels emerge from an existing vascular network and configure a new network. We first proposed an essentially one-dimensional discrete mathematical model for the dynamics of vascular endothelial cells in angiogenic morphogenesis. The model incorporates both repulsive and attractive twobody interaction between endothelial cells which induces cell mixing behavior observed in recent experiments. The length of the generating blood vessel shows temporal power-law scaling behavior. Then we extended it to a two-dimensional dynamical system where endothelial cells are approximated by ellipsoids with two-body repulsive and attractive interactions including rotational motion. The flat rate of an ellipsoid gives an essential parameter of this model; qualitative features of the pattern formation are determined by it. We also take into account the gene expression, which also affects the patterns of primitive vascular networks. 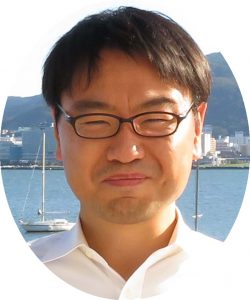 River plumes spreading from estuaries can determine the water quality and circulation in coastal oceans and can transport land-derived nutrients to the ocean, leading to the primary production in ocean ecosystems. This paper addresses the visualizations of the river plume dynamics using spatiotemporally high-resolution sea surface salinity (SSS) maps in coastal oceans produced by land-ocean integrated simulations and ocean color images derived by the world’s first geostationary satellite ocean color observations. For example, we successfully described the dynamics of the river plumes; the plume with the low-salinity water was largely extended into the bay in periods of pre- and post-typhoon. Further, we can validate the simulated results of the river plumes produced by a state-of-the-art, land-sea coupled simulations, using the high-resolution, satellite-derived SSS data. In contrast to the conventional analyses, high-resolution, datasets of SSS and its visualization can provide better understanding of the plume dynamics.

Satoshi NAKADA received the B.F. and M.F. degrees from Hokkaido University, Japan, and Ph.D. from Kyushu University, Japan, in 1999, 2001 and 2008, respectively. He became a post-doctoral research fellow at Yonsei University in 2008, Research Institute for Humanity and Nature in 2009, and Kyoto University in 2010, respectively, and an Assistant Professor at Kobe University in 2014. He is currently a Senior Researcher in the Center for Regional Environmental Research, National Institute for Environmental Studies. His current research interests to investigate linkages between ocean and land, and to visualize them using satellite products and large-scale numerical simulations. 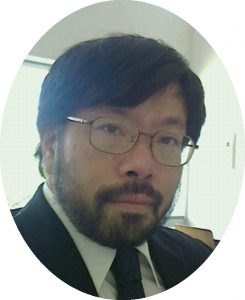 How to make your own pre- and post-processors using ADVENTURE AutoGL?

ADVENTURE AutoGL (pronounced as ‘O-te-ga-lu’) is a graphics and GUI library, dedicated for simulation-based research and development. It is designed for the simulation users to develop their own data viewers and editors. Currently, the library is used among many researchers and simulation users, mainly in universities and national research centers. Its functionalities and supported platforms are explained. AutoGL applications of various kinds of simulation methods are demonstrated also.

Hiroshi Kawai is a professor at Faculty of Information Sciences and Arts, Toyo University. he has worked on the Finite Element Method, Mesh Generation, Visualization, High Performance Computing, Fracture Mechanics etc. Currently, his research interests are in the field of Computational Mechanics for huge scale analysis on HPC environment. He has proposed and developed an integrated CAE system for large scale finite element analysis, including efficient tetrahedral element-based mesh generation, visualization and performance tuning of linear algebraic solver for domain decomposition method. He has published 50 archival papers in international and domestic journals. He has made a numerous international and domestic conference presentations. He was the recipient of The JACM (Japan Association for Computational Mechanics) Computational Mechanics Award.